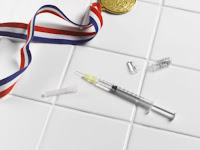 The IAAF also enacted a regulation, which was incorporated into its existing regulatory framework and states "...that if there are any individual athletes who can clearly and convincingly show that they are not tainted by the Russian system because they have been outside the country and subject to effective anti-doping systems, then they should be able to apply for permission to compete in international competitions, not for Russia but as a neutral athlete."

This specific regulation could, potentially, create a number of procedural and substantive complications and may offer the basis for legal challenges before the Court of Arbitration for Sport (CAS). Notwithstanding the jurisdictional supremacy of the International Olympic Committee (IOC), in relation to the eligibility criteria for participation in the Olympic Games, the proposal for 'clean' athletes, competing under a 'neutral' flag, may fall foul of the current participation regulations and/or criteria of the IOC.

Furthermore, it is submitted that this is another decision which raises questions as to the efficacy of self-regulation. Although it attempts to create exceptions for reasons of transparency, fairness and equality, in pragmatic terms, it creates potential issues of discrimination, as it presupposes, without a compelling justification, that all members of the Russian team are using performance enhancing substances and methods. It is arbitrary, capricious and it offends against fairness and justice.

In terms of anti-doping litigation and procedure, it creates an undesired anathema, as it places an evidential burden on all athletes (including 'clean' and innocent athletes), which they would then have to discharge, as they have to demonstrate that they are 'clean' or have been 'clean', provided they were not the subject of anti-doping controls within the geographical territory of the Russian Federation. This, it is submitted, may potentially raise substantive arguments that demonstrate the inapplicability of such regulation. The same arguments may also persuade any adjudicating panel that such regulation is contrary to several provisions in the regulatory framework of governing bodies, as anti-doping litigation and procedure normally dictates that the prosecuting authority, first and foremost, is required to establish a possible anti-doping violation against an individual athlete. In the premises, it may also create a jurisdictional problem with the IOC, particularly with regards to the participation of athletes under a neutral flag. In the absence of such specific regulations and express permission from the IOC, the regulation under examination may make a mockery of the procedure and of the Games.

It is, therefore, necessary and imperative that the sporting bodies apply a prudent approach to these issues and one which takes into consideration the rights of individual athletes. Such approach needs to be purposeful and not pedantic and it must carefully evaluate the rights of innocent athletes, who have been preparing for the biggest sporting event, with commitment, dedication, sacrifice and accepted a choice to compete without the assistance of prohibited substances and methods.

These developments come at a time where the rulers must first rule upon themselves and ensure they apply transparency, fairness and equality. Those surrounded by allegations of malpractice cannot be the crusaders of morality, nor can they decide, in an arbitrary manner that all athletes are 'cheating' and, therefore, must not be eligible to compete. This "guilty until proven innocent" position in sport must change, for the good of the sport as a whole and the rights of individual athletes. I have just finished advising on a dispute between a professional football player and a premier league club in a major European league. The dispute was settled between the parties, a few days before commencement of legal proceedings. In many ways, this dispute highlighted the lengths the parties to the dispute are prepared to follow, in order for them to achieve a pre-mature termination of the contract of employment.
Read more