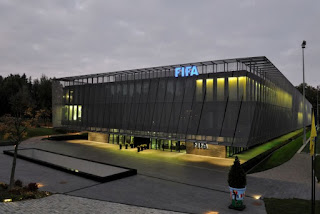 The efficacy of football governance in Greece has been put into question many times in the past. It is not a new phenomenon for Greek self-regulation and state involvement and, those close to affairs in Greece, know very well that the root of the problem goes deeper, with socio-political aspects forming the basis for every analysis. The latest events, however, in Thessaloniki http://www.independent.co.uk/sport/football/european/greek-super-league-suspended-paok-president-ivan-savvidis-gun-invade-pitch-a8252161.html (not Salonica as Media call it), indicate not only the degree of the problem, but, more importantly, the numbness surrounding the Greek authorities.


I would like to make it clear at the outset that the present analysis does not promote affiliation to clubs or political parties and it does not express personal political views. It expresses personal views on how and why a ban on Greek football is a drastic, but necessary solution to the problem of football violence in Greece. Although I left Greece when I was little, I never stopped following the national sports and I never denied that my preference, as a fan, is for PAOK FC. Indeed, my late grand father, played for PAOK FC before the start of the Second World War and gave me the background and knowledge to understand the roots and history of this historic club. My late father, a well known sports-caster in Greece, would introduce me to PAOK FC football games, when I would visit Greece and Thessaloniki during holidays (my family also had a liking for another big and historic club in the city: Iraklis FC). You would think my love for the club is unconditional and, therefore, the present analysis is biased. It is because of this love for PAOK FC, that I take the time to argue in favour of a ban against Greek football.

The incident in Thessaloniki during the top flight game of the Greek Super League, is not the first and if the Greek authorities do not take decisive action, it will not be the last. The involvement of FIFA and UEFA, therefore, is absolutely necessary if Greek football is going to survive. Those of you who  saw the video footage and the photos with the owner of PAOK storming onto the pitch, with a gun in his holster and the hundreds of other 'dignitaries' surrounding players and match officials, may have come to the conclusion that there is an enormous degree of lack of discipline in the Greek society and lack of application of the legal order.

I do not know the owner of PAOK FC personally, nor do I have professional reasons to defend him or go against him. What I do know as a fan and as a lawyer is that the years of corruption in Greek football and political support for the big clubs in the South of Greece, will not be equalised with his reaction of last Sunday (11 March 2018) and any legal, equitable and other grievances he may have, will be extinguished and lost. Was the owner of PAOK FC justified in feeling angry and exasperated? Yes he was. Was he justified in storming onto the pitch? No he was not. In the premises, because there is no legal or other justification for his actions, PAOK FC (and the owner's investment) are now in the brink of total humiliation and close to a definite catastrophe.

In 2011 and when the match fixing scandal was developing in Greece, I was instructed to advise a number of Super League clubs and individual club officials. Before 2011, I acted in a number of CAS hearings involving Greek clubs on a number of football law matters. My involvement in such hearings and representation of certain clubs and individuals confirmed certain personal views of mine. I am not here to investigate whether Greek football is 'dirty'; I am here to question the lack of application of sanctions against those who have been found guilty, or there is evidence against them that indicates guilt. And this is the problem with Greek football: lack of punishment.

Those agnostic to Greek mentality and behaviour may feel surprised as to the extent of violence in Greek football. This is a society where the strong beats the weak and worse still, the law is not applied in equal terms. Over the years, football fans in Greece have experienced a number of similar incidents and tasted the lack of punishment against the perpetrators. The fear of political cost, the questionable ability and competence of those in charge of football governance and the lack of decisive action, have created a framework of distrust, violence and disrespect for legal order.

This is a socio-legal problem with enormous ramifications for those involved in the sport of football. Greek governance and self regulation are incompetent to deal effectively with all pertinent issues to the matter. If there is competence and desire for the application of sanctions, they will be met with threats against those who will decide upon sanctions. The system is corrupt, criminal and destroys the fabric of Greek society. Such is the danger to public order and safety, that parents can no longer contemplate taking their children to a football game. Although there are civilised people who enjoy the sport and wish to support their teams, the clubs have allowed, either through incompetence or intentional purpose, the very few anthropoids to take over and create an environment of a jungle, where the stronger will enforce his will against the weaker. To add to this unacceptable status quo, those entrusted with the governance of Greek football, have remained passive for the reasons explained above.

Finally, the only solution that remains viable, is the involvement of FIFA and UEFA in the regulation of football activities in Greece. In a recent interview with CNN, I explained that such bodies have the power and jurisdiction to apply sanctions against Greece https://edition.cnn.com/2018/03/12/sport/paok-aek-team-owner-gun-pitch-invasion-spt/index.html  There can be no more second chances, because human life is precious. Given that Greek football governance has demonstrated, over the years, that it cannot deal with the issues, it is time that pre-emptive action is applied by FIFA and UEFA. An example must be made out of Greek football who has been bringing the sport into disrepute for years and has been endangering the lives of innocent people. It is a drastic measure, but in the public interest, as it will protect the sport and public safety and order. As my grand father and father would take me, as a child, to watch PAOK FC games, I would like to be able to do the same with my son, without the fear of being attacked by animals, or hearing abuse and foul language.

This is the time that education is needed and discipline must be instilled into the Greek society. A major shock is needed and this can only be achieved via the application of an international ban. Those in charge of clubs, must pass the 'fit and proper person' test and those responsible for the governance of football, must be independent, educated, moral and competent to deal with the pressures of the modern game. FIFA and UEFA must interfere and remind the world that Greece gave people the Olympics and it stated from ancient times the importance of sport to society. Their action, will help Greece recover and regain its lost ground.

While the ban is in force, education must prevail. Such education must encompass respect for human life, respect for legal order and the realisation that a civilised society can only function properly, if the rulers apply the law equally and the citizens behave accordingly. As Aristotle said: "We are what we repeatedly do. Excellence, then, is not an act, but a habit." 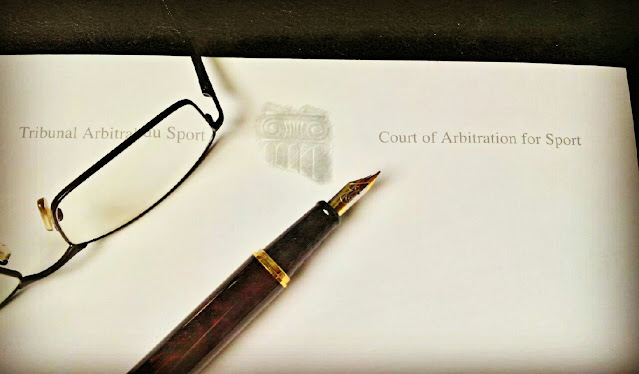 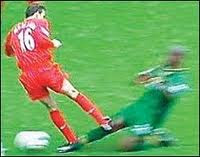